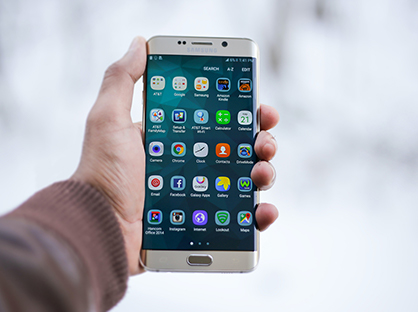 David Moseman wanted to help people his entire life. As an internal medicine specialist and geriatrician, he treated elderly patients who were often challenged by other conditions that can accompany aging, such as loss of vision.

David's own experience with vision loss goes beyond his work as a physician, having been diagnosed with glaucoma as a medical intern. With care, he was able to continue his career in medicine over the next 25 years, only leaving his practice after he could no longer drive due to glaucoma and another condition.

Taking a pause from his work life to deal with his new medical diagnosis, David sought treatment, which was successful but caused further vision loss. "Everything sunk in for me pretty quickly," said David. "I knew I had to learn how to live with my vision loss."

Residing in Virginia at the time, David entered a vision rehab program and was inspired by the number of others with vision loss learning entirely new skills. There he learned how to use a computer with his limited vision.

He even went back to school, eventually earning a Master of Public Health degree, with plans to go into healthcare administration.

Due to a lack of public transportation and community resources, David left rural Virginia and relocated to Minnesota, where his wife found a government job working for a supervisor who was blind. He got involved with the American Council of the Blind of Minnesota, where he had access to many new resources and people to assist him in adapting to his vision loss. And, he learned of Hadley.

David recently became President of a Neighborhood group, and found himself needing to "up his game" in his new role, he turned to Hadley to learn how to use Zoom conferencing.

David has now taken more the 90 workshops through Hadley, including Microsoft Office tutorials, and participates regularly in discussion groups, making recommendations along the way; ideas to improve the learner experience.

"Hadley has a treasure trove of resources," said David. "We who see poorly might never be able to drive cars or fly airplanes, but we can do so much, and the options are constantly increasing. Hadley offers the training to enjoy life."

In recognition of his commitment to learning and the valuable feedback he has provided, David is the latest recipient of Hadley's HEROES award, given to those who help further Hadley's mission to create personalized learning opportunities that empower those with vision loss or blindness to thrive at home, at work, and in their communities.